YA Day is back!

We’re thrilled to announce that our third annual YA Day will be on Saturday 14 March from 10am – 4pm at the Wheeler Centre in Melbourne. Presented in partnership with Writers Victoria, YA Day 2020 will feature 10 incredible #LoveOzYA authors, merch stalls, and signing opportunities.

We’ll start off the day with discussions and signings, giving you close encounters with your favourite writers. Get your book signed, get your questions answered, get to know new-to-you authors with great new books!

Then, in the afternoon, we will split into two streams.

Want to write your own YA? We’ll have two 90-minute workshops: Will Kostakis on How to Build A Story and former publisher Kate Cuthbert on How to Get Your Story Out There.

Looking to interact with other readers? We’ll have four panel discussions, featuring your favourite authors talking about topics like ‘My Favourite (Fictional) Murder’, ‘Trash or Treasure?’, and a spirited discussion about which tropes are readable – and which are not.

The Writing Stream has limited spaces, so if you are interested, we encourage you to book early.

Get your tickets here! 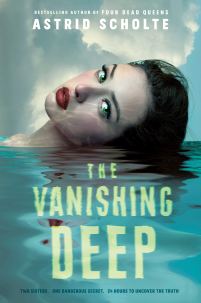 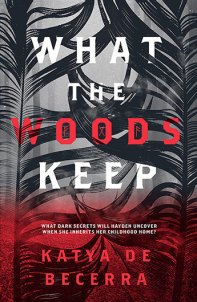 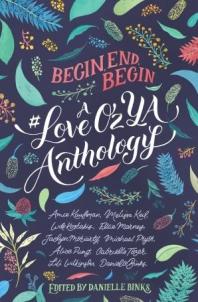 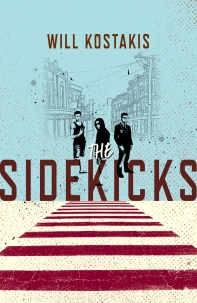 Panel #1: To All the Tropes I’ve Loved Before

Join Astrid Scholte, Sophie Gonzales, and Georgina Young in a discussion all about tropes – the ones you adore, the ones you despise, and the ones you’d love to see revived. Do you hate love triangles? Can you never get enough of the hate to love trope? Be prepared to feel all the feels as these three YA authors chat about the tropes that have influenced their own writing (and the terrible tropes they wish they could forget). 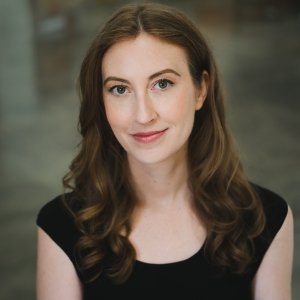 Raised on a diet of Spielberg, Lucas and Disney, Astrid Scholte knew she wanted to be surrounded by all things fantastical from a young age. She’s spent the last ten years working in film, animation and television as both an artist and manager. Career highlights include working on James Cameron’s Avatar, Steven Spielberg’s The Adventures of Tintin and George Miller’s Happy Feet Two. She lives in Melbourne, Australia, with her fiancé and two cats, Lilo and Mickey.

Her debut YA novel, Four Dead Queens, was an international bestseller. Her second novel, The Vanishing Deep, will be released on the 3rd of March 2020 with Allen & Unwin and Penguin Random House. 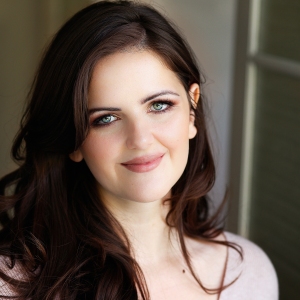 Her debut YA rom-com, Only Mostly Devastated, is out March 2020 through Wednesday Books / Macmillan (USA) and Hodder Children’s Books / Hachette (UK / Commonwealth). She is also the author of The Law of Inertia and The Ex-Girlfriend Getter-Backer Experiment (Wednesday Books 2021).

When she isn’t writing, Sophie can be found ice skating, performing in musical theatre, and practicing the piano. She currently lives in Melbourne, Australia where she works as a psychologist.

She is represented by Moe Ferrara of Bookends Literary Agency. 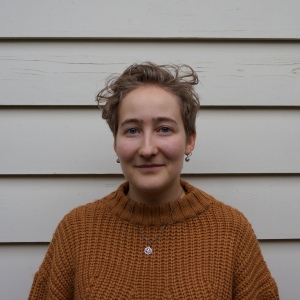 Georgina Young is a Melbourne-based writer and the winner of the 2019 Text Prize for Young Adult and Children’s Writing. Loner is her first novel and will be published in 2020.

Sarah Epstein, Anna Morgan, and Michael Pryor all have one thing in common: they write stories about mysteries and murders – the kind that have you reading until the early hours of the morning. Find out which fictional deaths have made the biggest impacts on their lives, and how they became so good at writing thrillers, deaths, and the things that give us the creeps (but which we can’t put down). 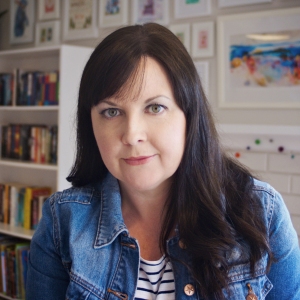 Sarah Epstein is an award-winning Australian author, illustrator and designer who grew up in suburban Sydney and now lives in Melbourne with her husband, two sons and a rescued dog called Luna. After achieving a design degree and enjoying a 25-year graphic design career, Sarah returned to her first loves of writing and illustrating. Her debut novel Small Spaces is a CBCA Honour Book, winner of the Davitt Award for Best YA Crime Novel, and was shortlisted for another seven awards including the NSW Premier’s Literary Awards, the Queensland Literary Awards, the Adelaide Festival Awards for Literature, and the Australian Book Industry Awards. Her suspenseful new YA crime novel, Deep Water, will be released on April 1.

Anna Morgan is a YA writer and bookseller at The Brunswick Street Bookstore and Avoca Hill Bookstore. She completed a MA in Writing For Young People at Bath Spa University in 2015, and cried real tears when she visited the set of Diagon Alley that year. Her first novel All That Impossible Space was published in 2019, and her second Before the Beginning will be released August 2020; both are published with Hachette. She lives in Melbourne with her husband and and an ever-growing collection of indoor plants (most of which are still alive). 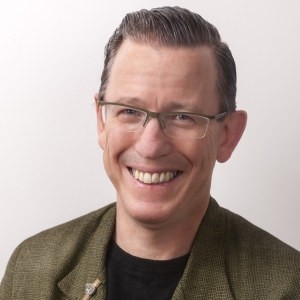 Michael Pryor is one of Australia’s most popular and acclaimed authors of Fantasy and Science Fiction. He has published more than thirty-five novels (including the Laws of Magic series, Machine Wars and 10 Futures) more than sixty short stories, and has over one million words in print. His work has been longlisted for an Inky award, shortlisted for the WAYBR award and nine times shortlisted for the Aurealis Award. Eight of his books have been awarded Children’s Book Council of Australia Notable Book status. His latest book is Graveyard Shift in Ghost Town. His website is www.michaelpryor.com.au

In this panel, Danielle Binks, Wai Chim, and Katya de Becerra will be talking all about how ‘classic YA’ has shaped the readership of today. Discover whether they were on Team Edward or Team Jacob, hear their hot takes on Harry Potter, and find out how the teens that grew up reading books like The Hunger Games are going to change the world. 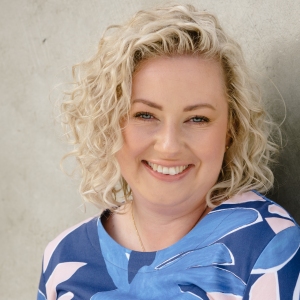 Danielle Binks is a Melbourne-based writer, reviewer, literary agent, book blogger and Youth Literature Advocate. In 2017, she edited and contributed to Begin, End, Begin, an anthology of new Australian young adult writing inspired by the #LoveOzYA movement, which won the ABIA Book of the Year for Older Children (Ages 13+) and was shortlisted in the 2018 Gold Inky Awards. The Year the Maps Changed is Danielle’s debut middle-grade novel coming out with Hachette Australia in 2020. 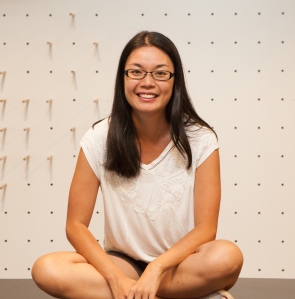 Wai Chim is the author of The Surprising Power of a Good Dumpling. A first generation Chinese-American from New York City, she grew up speaking Cantonese at home and absorbing Western culture through books, TV and school. Wai spent some time living in Japan before making Sydney, Australia her permanent home. Her previous books include the Chook Chook series and Shaozhen, part of the Through My Eyes: Natural Disaster Zone series. Freedom Swimmer was her debut novel for young adults and was shortlisted for the inaugural Readings Young Adult Book Prize. In addition to writing, Wai works as a digital producer/web developer for The Starlight Children’s Foundation. 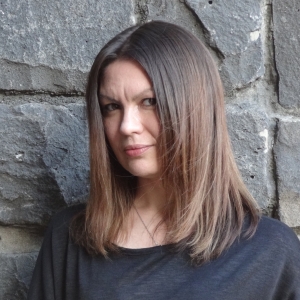 Katya de Becerra is the author of two YA novels, What The Woods Keep, a genre-bender combining mystery, science fiction, and dark fantasy, and Oasis, a desert survival thriller with a supernatural twist.

She was born in Russia, studied in California and now lives in Melbourne.

She earned a PhD in Anthropology from the University of Melbourne and now works as a university lecturer and a researcher. 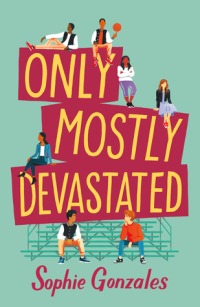 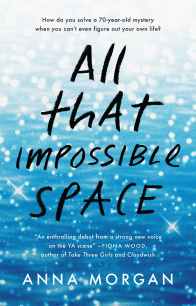 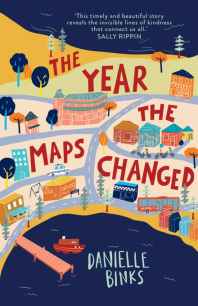 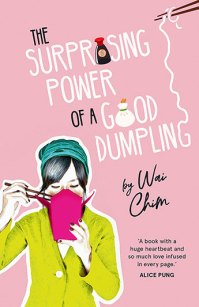 In the writing stream, attendees will get the chance to hear from Will Kostakis on How to Build a Story and former publisher Kate Cuthbert on How to Get Your Story Out There. Places for these two 90-minute workshops are extremely limited, so get in quick to secure your spot! 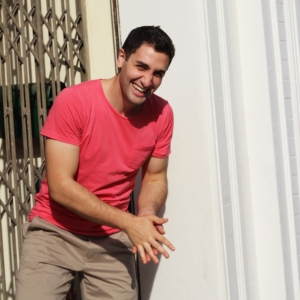 Will Kostakis is a writer of all things, from celebrity news stories that score cease and desist letters, to tweets for professional wrestlers. That said, he’s best known for his award-winning YA novels. His first novel, Loathing Lola, was released when he was just nineteen. His second, The First Third, won the 2014 Gold Inky Award. It was also shortlisted for the Children’s Book Council of Australia Book of the Year and Australian Prime Minister’s Literary awards, among others. The Sidekicks was his third novel for young adults, and his American debut. It went on the win the IBBY Australia Ena Noel Award.

As a high school student, Will won Sydney Morning Herald Young Writer of the Year for a collection of short stories. He has since contributed to numerous anthologies, including Begin, End, Begin: A #LoveOzYA Anthology.

Monuments is his fourth novel.

Kate Cuthbert is program manager at Writers Victoria. Previously, she worked for over a decade in trade publishing, notably initiating Harlequin Australia’s Escape Publishing imprint, and serving as managing editor for seven years. She is an award-winning book reviewer and critic, and is pursuing a PhD examining Australian popular fiction. 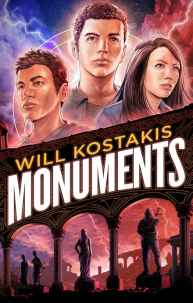 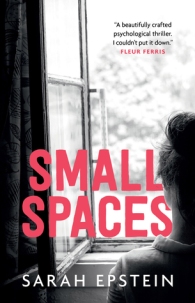 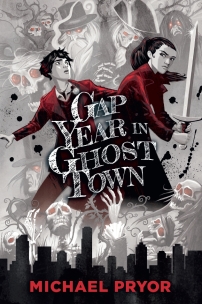 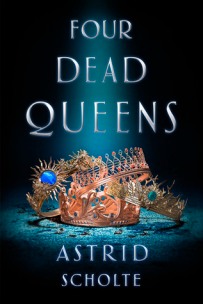 It says YA Day starts at 10am. What time can I get there?

Can I buy books on the day?

Yes! The Younger Sun will be our bookseller and they’ll have most (if not all) of the authors’ books available for purchase.

How many books can I bring to get signed?

How much is it?

I want to do both streams! Can I do that?

Is the venue accessible?

Yes, it is! There’s a ramp leading up to the main venue space and a lift to the floor where the Writer Stream workshops will be held.

Is there parking nearby?

There is parking available across the road from the Wheeler Centre at QV.

Will food be provided?

No. There will be a lunch break however where you are free to leave and grab something nearby.

If you have any other questions or access requirements, please don’t hesitate to email us at theyaroom [at] gmail [dot] com 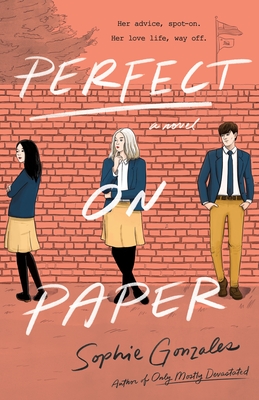 Happy March 1st! Our Book of the Month is PERFECT ON PAPER by @sgonzalesauthor! 🎉📚
THE GAPS is one of our books on our Book of the Month poll! 😍📚 Don’t forget to cast your vote on Twitter and help us choose what to read next month 💖 #LoveOzYA #TheYARoom
Tickets to our Feb meet up are live! Join us to discuss our Book of the Month, THE GILDED ONES by @NaminaForna! 📚💙
I’m officially halfway through THE GILDED ONES! 🙌🏻✨ Are you all enjoying it as much as I am? 📚
Here are some of the books @biancabreen mentioned during our Reads and Ramblings tonight 🥰📚 We’ll be back chatting about life and books next Thursday at 8pm AEDT - see you then! ✨
These are three books featuring some of @sarahrhatch’s favourite fictional couples! 🥰 Who’s your OTP? ✨📚